BRIGHAM CITY, Utah, March 26, 2019 (Gephardt Daily) — Tears of relief, hugs and lots of love. Michelle Richan returned to all that and more Tuesday afternoon when she was reunited with her family and friends after being missing for a week.

Searchers had scoured the Eureka, Nevada, area where Richan had last been seen at 7:30 a.m. Tuesday, March 19, after visiting a friend.

When surveillance video from a Carlin, Nevada, gas station showed that Richan had stopped there, the search expanded north-eastward into neighboring Elko County.

The last sure sighting was at another gas station in Wells, Nevada, and a possible sighting of her vehicle was reported in Montello. After that, the Brigham City Police Department and Box Elder County Sheriff’s Office in Utah took the lead in the investigation.

Richan was finally located, safe and well, in her stranded vehicle on Emigrant Trail Road in Box Elder County, not all that far from her Brigham City home.

“My mom was coming over a pass and kind of got stuck in mud,” Lezley told Gephardt Daily. “She had two tires off the road and two tires on. The road itself was dry when she got on it, and she had no problem getting back on the road.

“Then she got stuck in two and a half feet of snow, and that’s when she couldn’t go anywhere.”

Lezley said her mother was stuck right on the road and hadn’t crashed her GMC Jimmy or plunged into a ravine, which was everyone’s fear.

Lezley said Richan made a fire every day, put a big orange tarp on her vehicle, and used a mirror to try to signal the planes she could see flying over her.

A private pilot, Ivo Zdarsky, who owns the Lucin airport, had been out looking for Richan since she was reported missing, and he spotted her Tuesday. He gave the coordinates to Box Elder County officials who already had a crew out clearing Emigrant Trail.

Richan had been in that spot on the road since about 1:30 p.m. March 19, the same day she left Nevada.

Daughter Kaylee Vaughan said her mom “has survival skills and carries at all times in her vehicle survival gear … she would have fully charged her phone before she left because she was always prepared.”

The dead phone had everyone worried.

After Richan was found, her daughter Lezley said it turned out that the cellphone was charged and working just fine. The problem was that she couldn’t get any reception, even when trying to make an emergency call.

Richan was able to call her family from the site on a rescuer’s cellphone, though, which was the first time they had heard from her in more than a week.

Lezley said the phone call made all the difference, and the reunion was joyous.

“She’s doing fine,” Lezley said. “She was even laughing when she saw that we had posted her all over social media.” 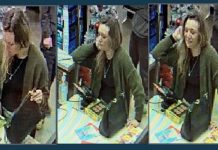