ST. GEORGE, Utah, Oct. 15, 2017 (Gephardt Daily) — It’s likely to be a complete coincidence that an extra-large plain white T-shirt was found by volunteers searching for missing teen Macin Smith at the edge of the Virgin River in St. George Saturday.

But for Macin’s mom Tracey Bratt-Smith, it was another twist in a roller coaster day.

Because Macin — who walked away from home at age 17 in the early morning hours of Sept. 1, 2015, when his parents thought he was on his way to school — is 6 foot 4 inches tall, 200 pounds, and wears an extra large.

And, as Bratt-Smith told Gephardt Daily exclusively, Macin did like to wear solid colors and plain white T-shirts.

“He had many T-shirts and they were all solid colors,” Bratt-Smith said. “He liked the basic white Ts and that’s what this one was. I don’t want to overlook anything.”

She added that although the T-shirt was laden with mud and torn in multiple places, she hopes that it may provide useful information for police.

Saturday’s search, organized by friends of the family who call themselves Macin’s Army, was attended by some 50 people. Search efforts were focused on two locations that have not been searched before: the Man O War bridge area in Bloomington, and a wash located in Little Valley, near Little Valley Elementary School.

Bratt-Smith joined the searchers in the Little Valley area, which is near the home she and husband Darrin share.

“It was definitely the most strenuous one that I have done,” Bratt-Smith told Gephardt Daily. “The brush was higher than my head and the debris was plentiful. The river bed has expanded and shrank over the years so the width of the bed varied along the route. Some of us ultimately just jumped in the river and prodded the bank to loosen up any debris that may have had any sign of clothing or remains of any kind.”

She said a couple of animal carcasses were found, but nothing human.

Bratt-Smith said that after each search, she feels a sense of optimism and a feeling of relief.

“There were so many fantastic ‘army’ members there yesterday,” she said. “Those on side-by-sides. Someone brought a scent/cadaver dog in training, and new members who only heard on the radio the day before showed up enthusiastically wanting to find a resolution. Between the stalwart long-time followers and the new energy, it was a fabulous group.”

She said people from Salt Lake City and Cedar City drove to St. George for the search.

“And the person who gets the ‘traveled the longest distance award’ is a young man from Ohio, who after seeing the segment on ‘Disappeared’ has been drawn in by Macin,” Bratt-Smith added. “The dedication to bringing Macin home from this group has been astounding. We can’t believe it most times.”

She said another search is being planned.

“Our admin team and the family will be consulting on where to go from here, but we definitely have a lot more ground to cover,” Bratt-Smith said. “An equestrian team is being assembled and will do the most difficult part of the Virgin River, and I have some volunteers that will be doing some of the harder mountainous areas in the back of our house.”

Macin, the youngest of the Smith’s six children and the only one who was still living at home, left behind his cell phone, wallet, laptop and his school binder.

Bratt-Smith and other family members have posted Facebook updates as often as they feel able to on the Help Find Macin Smith Facebook page — with a membership that has swelled to 51,564 — in the hope of bringing him home. There is a $10,000 reward in place for information leading to Macin’s location.

Macin has light-blue eyes and he had short blond hair when he went missing.

Anyone with information about Macin is asked to call the St. George Police Department at 435-627-4300. The search Saturday was not affiliated with the Police Department or with  Red Rock Search and Rescue, out of Las Vegas, which has assisted with past searches. 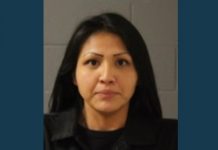 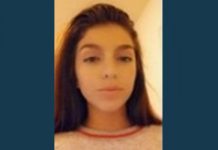