When police arrived they detained two “persons of interest” in the case, while other officers set up a wide containment area in a search for other possible suspects.

Investigators said glass doors at the State Liquor Store, at 262 E. Gateway Drive had been shattered. They also reported windows appeared to be shot out in the rear of a next door medical clinic.

The nearby Heber Valley Hospital was put on lock-down for two hours, while law officers went building to building along Gateway Drive and 1200 South in their search for accomplices.

Employees at other businesses locked their doors or hunkered down until they were given the all-clear.

About the same time, a video, allegedly showing a suspect shooting his way into the liquor store, surfaced on social media. The shadowy figure appeared to record the video himself and can be heard saying he may need to “shoot out some windows” just before opening fire on the front door windows and making his way inside.

Viewers who commented on the video said the shooter originally streamed the gun play live on social media.

Police said they had yet to confirm the video’s authenticity.

Man in critical condition after auto-pedestrian accident in Park City 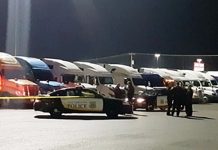 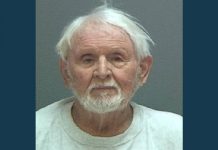