According to charging documents filed Tuesday in Third District Court in Salt Lake County, on Sept. 10, police were notified by one of Healy’s neighbors that the neighbor frequently saw Healy arrive at his home in a UTA vehicle, and had seen Healy carry buckets of coins from the UTA vehicle into his garage.

During the next two weeks after the neighbor’s report to police, detectives from the UTA police department opened an investigation into the allegations.

According to the probable cause statement, Healy was employed since 2014 as a fare equipment maintenance technician for UTA. His job gave him access to bus fare collection boxes.

UTA requires employees to disclose any secondary employment, and the investigation revealed that Healy had not reported any other jobs.

In the course of the investigation, the probable cause statement says, Healy was observed on 10 different days, between Sept. 12 and Sept. 27, entering UTA buses in various UTA garages and removing fare boxes, which he put in his van.

As part of the investigation, detectives were monitoring Healy’s bank deposits, which frequently were in the form of hundreds of dollars in coins or one-dollar bills.

Healy has been charged with: 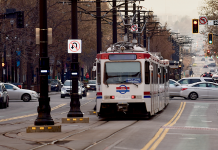 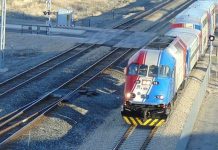