PAYSON, Utah, June 18, 2018 (Gephardt Daily) — One person has been hospitalized and a home has been destroyed after an early morning house fire in Payson.

Firefighters from Payson and Salem fire departments were called to a single-family residence near 300 East and 400 North, shortly after 12:30 a.m. Monday.

When they arrived they found the structure engulfed in smoke and flames.

One person was transported to the hospital with burns, according to a Tweet by the Payson Fire Department. That person’s condition has yet to be released.

Officials are asking everyone to avoid the area while crews mop up hot spots. 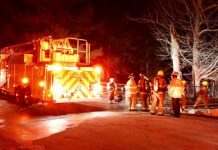 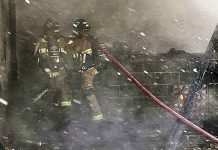 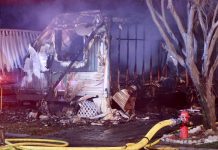