On Oct. 19, the area had a water main break, a subsequent DEQ tweet says.

“During the investigation and fix of the main line break 10 coliform samples were taken and they are all satisfactory; however the samples show no chlorine residual.”

“@UtahDepOfHealth notified South Duchesne of one case of Giardia that could be related to the drinking water,” another tweet says. “Giardia is a cyst that can occur in the environment. Once infected with Giardia cysts, a person can experience Giardiasis illness caused by the parasite.”

Residents are asked to boil their culinary water until further notice.

The statement said south Duchesne is taking the following steps:

The Center for Disease Control offers the following information on giardia:

“Giardia is a microscopic parasite that causes the diarrheal illness known as giardiasis. Giardia (also known as Giardia intestinalis, Giardia lamblia, or Giardia duodenalis) is found on surfaces or in soil, food, or water that has been contaminated with feces (poop) from infected humans or animals.

“Giardia is protected by an outer shell that allows it to survive outside the body for long periods of time and makes it tolerant to chlorine disinfection. While the parasite can be spread in different ways, water (drinking water and recreational water) is the most common mode of transmission.” 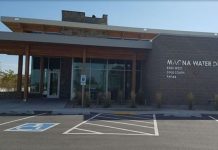 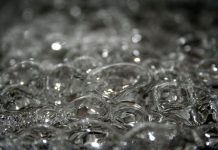