The explosive materials were discovered early Friday morning in the aftermath of a SWAT standoff at a home in the 3300 West block of Snow Moon Place.

The detonation is planned for Friday night or early Saturday morning. Residents of approximately 168 homes are being urged to comply with a voluntary evacuation order.

The time of the planned detonation has not yet been announced, South Jordan Mayor Dawn Ramsey said, but evacuations are underway. No shelters have been set up, so evacuees are being asked to stay with family or friends if possible.

Residents are being notified, and people who live outside the area are being asked to stay away for their own safety. City officials said they are doing what they can to mitigate damage to nearby structures. 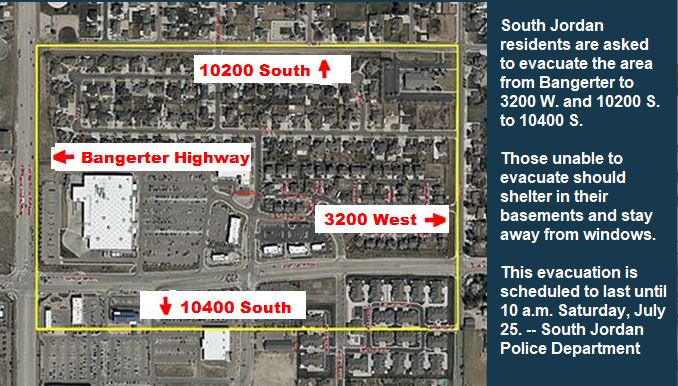 The incident began when the SWAT team responded to the scene Thursday night to serve a search warrant after the house’s lone resident, 42-year-old Ryan McManigal, allegedly threatened violence against a nearby fast food restaurant.

McManigal initially shot at the armored officers and vehicles that arrived to serve the warrant, his probable cause statement says. He reportedly told police he stopped shooting and surrendered only because his gun jammed.

Post-Miranda, McManigal told investigators the business was harassing him. A text sent to the business said “harassment is the reason mass shootings occur.”

The statement also indicated McManigal “… asked the business owner in the text messages how he would feel if Ryan entered the business and mowed down customers and staff.”

McManigal was arrested on 23 felony charges and three lesser charges. They are:

HAZMAT crews entered the residence after McManigal left and have been at the scene ever since, assessing the level of danger and any available options.

About a dozen structures had been evacuated since the initial response.

Gephardt Daily will report all updates as the situation develops. 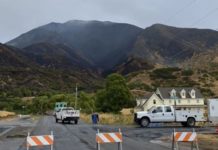 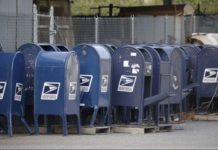 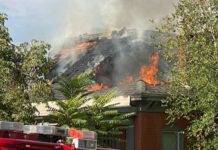