According to information from the Utah Highway Patrol, four people have died in the mid-day Friday accident. As many as 15 others have been injured, some critically.

The UHP also has confirmed that the passengers are speakers of Chinese.

“Troopers are en route to a tour bus crash near Bryce Canyon on SR-12. Multiple Air ambulances and rescue crews have been dispatched,” said a UHP tweet published at 12:17 p.m. “We will update as more information comes in. Please avoid the area and let first responders work.”

“At least four fatalities are confirmed in the #SR12BusCrash. Multiple critical injuries.”

Gephardt Daily will have more information on this breaking news story as facts become available. 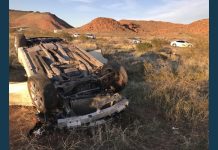 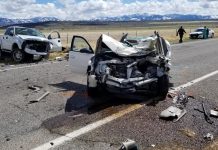