SOUTH SALT LAKE, Utah, Jan. 2, 2020 (Gephardt Daily) — New details have been released after the arrest of a driver involved in a fatal accident on Wednesday.

Wiloja Susungu, arrested on Wednesday, his 46th birthday, is charged on suspicion of automobile homicide negligence — DUI of alcohol and/or drugs, a third degree felony.

The accident happened at the intersection of 300 West and 2700 South, in South Salt Lake.

“Two vehicles were involved,” a statement released Wednesday by the SSLPD says. “One driver was transported to an area hospital in critical condition. The other driver succumbed to injuries sustained in the crash. There were no other passengers in either vehicle.”

The victim, whom SSLPD has said is a woman in her 30s, has been identified by investigators, but her name has not been released pending notification of next of kin.

“Wilonja’s vehicle was involved in a traffic collision which resulted in the death of another driver,” it says. “The collision is still under investigation, however, initial evidence at the scene indicates that one of the vehicles involved failed to obey a traffic control device and speed appeared to be a factor.

“Following the collision Wilonja smelled of alcohol, had red throughout, heavily bloodshot eyes, depressed facial features and obvious ‘cottonmouth,’ or a thick white foam across his tongue and teeth.”

Because of Lusungu’s injuries, no field sobriety tests were conducted, the charging document says.

“Several paramedics that responded to the scene noticed that Wilonja smelled
of alcohol,” it says. “Wilonja submitted to a breath test which indicated a BAC of 0.085 four hours after the incident. Blood was also collected, results are pending.”

Utah law considers a suspect to be drunk if he or she has a blood alcohol content of 0.05 at the time of the incident.

Lusungu’s bail has been set at $100,000. As of Thursday morning, he was still incarcerated in the Salt Lake County Jail.

Court records also show that in a Feb. 17, 2018 incident, Lusungu was charged with failure to yield, an infraction. He paid a $150 fine in that case. 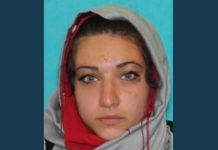 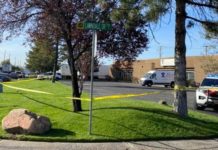 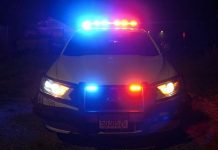