“Jerry Sloan will always be synonymous with the Utah Jazz,” the team said in a statement. “He will forever be a part of the Utah Jazz organization and we join his family, friends and fans in mourning his loss. We are so thankful for what he accomplished here in Utah and the decades of dedication, loyalty and tenacity he brought to our franchise.”

Sloan died of complications from Parkinson’s disease and Lewy body dementia, diseases he’d been fighting since at least 2015.

“It was an honor and a privilege to have one of the greatest and most respected coaches in NBA history coaching our team,” Jazz owner Gail Miller and her family said in a statement. “We have appreciated our relationship with Jerry and acknowledge his dedication to and passion for the Utah Jazz.

“He has left an enduring legacy with this franchise and our family. The far-reaching impact of his life has touched our city, state and the world as well as countless players, staff and fans. We pray his family will find solace and comfort in Jerry’s life and it is with much gratitude, yet sadness, that we honor him at his passing.”

Sloan is survived by his wife Tammy and their four children.

“Like Stockton and Malone as players, Jerry Sloan epitomized the organization,” the Jazz statement said. “He will be greatly missed. We extend our heartfelt condolences to his wife, Tammy, the entire Sloan family and all who knew and loved him.”

“At the end of the day, he could look back and nobody gave him anything,” Malone said. “He earned everything he got.”

After coaching the Chicago Bulls, Sloan joined the Jazz in 1984 as an assistant under coach Frank Layden. When Layden resigned in the middle of the 1988 season, Sloan took over as the sixth head coach in Jazz history.

“Everybody knew Jerry was a tough guy. But what they didn’t see was Jerry was a very balanced human being. He knew when the guys needed a day off,” Layden said. “He knew when a player needed to be chewed out or be patted on the back. That’s what coaching is about. It’s about relationships. You could see the players we had and they were going over to Jerry to see what he thinks, I knew he had their trust.

“We had to take another step, and I knew Jerry could do that. And he did. He took us to a level I couldn’t.”

Over the next 23 seasons — an NBA record for coaching tenure with a team — Sloan and the Jazz would become synonymous with one another. The coach led the franchise to 1,223 victories, 19 trips to the playoffs, and two trips to the NBA Finals.

Sloan was inducted into the Naismith Memorial Basketball Hall of Fame in 2009. He finished his historic coaching career in 2011 with the third-most wins in NBA history and the sixth-best winning percentage of all time (.603), and was one of only two coaches to win 1,000 games with one franchise. The Jazz raised a banner with 1223 (combined number of regular season and playoff games won under Sloan) in 2014, and he was honored with the Chuck Daly Lifetime Achievement Award by the National Basketball Coaches Association in 2016.

“Coach Sloan is what the NBA should be about,” former player John Stockton said. “Committed to your teammates, your coaches, your organization and the game of basketball, he’s never asked for credit. In fact, he avoids it. His record speaks for itself, and he’s created an environment for his teams to win — and they do. I’m fortunate to have played for him.” 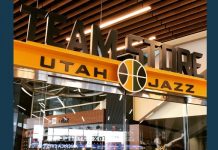 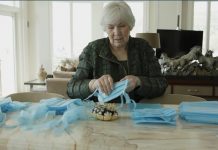