Messages to Mackenzie — Michelle GalisonIf you are a friend or family member of MacKenzie and would like to submit a message, please contact us.

SALT LAKE CITY, Utah, June 26, 2019 (Gephardt Daily) — Friends of missing University of Utah student MacKenzie Lueck posted a video to Facebook Wednesday morning pleading with her to reach out if she can.

“You’re a human being, and you’re gone, and we all miss you, and I hope you’re OK. Even if you’re laughing on a couch somewhere about this, I hope that you at least tell somebody that you’re OK, and if you’re not, know that we are looking for you, and we miss you, and I miss you a lot. If anyone has any information regarding MacKenzie’s whereabouts, please contact the police.”

The video, which was accompanied by the hashtag #FindMacKenzie, also added that anyone who is a friend or family member of MacKenzie and would like to submit a message should contact her friends via the Facebook page. As of Wednesday morning at 11 a.m. the message, which was posted at 8 a.m. had been viewed more than 2,700 times.

Lueck’s family also issued a statement Monday: “Our primary goal is to find MacKenzie and bring her home. Her family is grateful for the concern, prayers and the tireless efforts of the Salt Lake City Police and members of the community.”

Lueck, 23, who goes by Kenzie, disappeared after attending a funeral in California then flying back to Salt Lake City in the early hours of Monday morning, June 17. Her parents reported her missing Thursday, June 20, at approximately 4 p.m. Lueck is a senior at the U of U and lives in Salt Lake City.

At a press conference Monday, SLCPD assistant police chief Tim Doubt revealed Lueck was dropped off by a Lyft driver at Hatch Park in North Salt Lake at about 3 a.m. Monday, and was “met by an individual in a vehicle.”

At the press conference Monday afternoon, Doubt offered this timeline on Lueck’s movements after she arrived back in Salt Lake City.

He said some questions that police are trying to find answers to are: 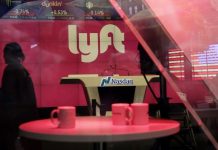 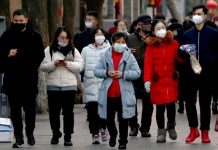 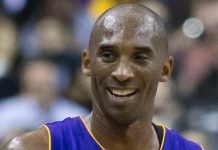