The body of 68-year-old Edward Dale Reynolds was found at about 5 p.m. Wednesday, a week after he went missing, a notice from the Utah County Sheriff’s Office says.

“A woman feeding horses found the man near some corrals a few miles south of Elberta,” the statement says.

“When investigators arrived with the woman, they identified the body as that of Edward Dale Reynolds.”

The search for Reynolds went on for two days after the truck he was driving was found in a remote area of southwest Utah County, eight miles south of Elberta.

“The location where Reynolds’ body was found is about five miles north of where the truck he was driving was found, and (the area) had not yet been searched,” the statement says.

“His body was taken to the Medical Examiner’s Office in Taylorsville.”

Reynolds had left home without necessary medications, and the weather has been unseasonably cold for the past few days, increasing concerns about the missing man.

Gephardt Daily will have more as additional information becomes available. 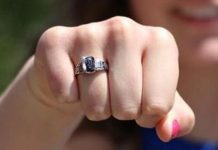 Friday: Keith Morrison previews Dateline special on Daybell case that is ‘nothing like anything else’ he’s ever seen