SALT LAKE CITY, Utah, Oct. 9, 2019 (Gephardt Daily) — More details have been released after the announcement Tuesday that an Arizona elected official has been charged in three states, including Utah, on suspicion of human smuggling and sale of a child.

Paul D. Petersen is an adoption lawyer licensed in Utah and Arizona and is the elected County Assessor for Maricopa County, Arizona. He was arrested in California Tuesday evening, said a news release from the Utah Attorney General’s Office.

Peterson is accused of transporting more than 40 pregnant Marshallese women into Utah over the last three years as part of the scheme, the news release said. Peterson has been charged with 11 felony offenses in Utah, including human smuggling, sale of a child, and communications fraud.

In a news conference Wednesday at noon, Arizona officials said Peterson has also been indicted on 32 felony counts by the Arizona state grand jury for his alleged involvement in the adoption fraud scheme. The charges include one count each of conspiracy, theft, and forgery and 29 counts of fraud.

Arizona Attorney General Mark Brnovich said at the news conference that Peterson also been indicted by federal authorities in Arkansas.

The indictment is a result of a multi-state investigation, Brnovich said.

“Peterson is accused of utilizing this adoption scheme in at least 29 births in Arizona between November of 2015 and May of 2019,” Brnovich said. “This is what we know about right now, there may be more cases and more instances.”

Peterson is also accused of using false information to place the Marshallese women on state funded healthcare in Arizona to pay for delivery costs, allegedly bilking the state more than $800,000, and possibly more than that, Brnovich said.

The families that adopted the children are not under investigation and are not the focus of the investigation, Brnovich emphasized. He said none of the completed adoptions are in jeopardy and children will not be returned to the birth mothers who gave them up.

Col. Frank Milstead, Director of the Arizona Department of Public Safety, said it is alleged Peterson would charge around $35,000 for each adoption, and the woman would be paid around $10,000 but Peterson would then “siphon money off the top of that for healthcare, housing and transportation and more.”

The crimes were first uncovered when an “astute” trooper named Sam Hunt was contacted by a friend who had gone to the law offices of Peterson to adopt a child, Milstead said.

Hunt is part of a task force that works with Homeland Security investigations, the Phoenix Police Department, and the Arizona Department of Public Safety. That task force started looking into the adoption process in December of 2018.

Milstead said Petersen invoked his right to remain silent and did not speak to authorities when arrested.

As the investigation continues, Petersen could face additional charges. He is being held on $500,000 cash-only bond.

The news release from the Utah Attorney General’s Office said there has been a long history of adoption-related exploitation in the Republic of the Marshall Islands and, for this reason, adoptions between the U.S. and the Marshall Islands “are governed by an Interstate Compact that prohibits this type of international adoption.”

“While Mr. Petersen is entitled to a presumption of innocence, our investigation uncovered evidence that he has committed horrible crimes,” said Attorney General Sean Reyes. “Petersen’s illegal adoption scheme exploited highly vulnerable groups in two countries — the birth mothers and families in the Marshall Islands and the adoptive parents here in Utah.” 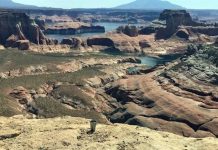 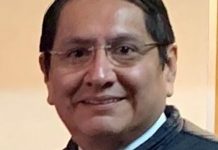