Jason Howard Clinger, 51, was booked into jail Tuesday on a single count of first-degree murder.

The investigation began at about 1:38 p.m. when a caller gave dispatch a vague location and asked that the Washington County Sheriff’s Office respond.

Deputies’ response was delayed by the lack of information. At 3:06 p.m., the caller explained deputies needed to respond on a death investigation. The deputies were told the victim may have been deceased for several hours, a statement released by the Washington County Sheriff’s Office said.

Officer responded to the scene, in the 100 N. block of Coyote Road, in Apple Valley. A witness who identified herself as Clinger’s girlfriend let officers into the residence to perform a safety sweep.

Clinger was read his Miranda rights, and agreed to talk with investigators, the probable cause statement says.

“Jason stated Todd Stratton, the owner of the property, came to his home and they began arguing. Jason stated this would happen every few months. He said Todd would show up and begin an argument with him about maintaining the property. Jason stated at one point during the argument Todd ‘hit’ him in the chest.”

Clinger said he looked up and saw Stratton, 50, about to hit him in the face, so Clinger punched at Stratton’s face, skimming his eye.

“Jason stated he remembered Todd turning towards his wife Lucy and began to yell at her. Jason said he walked towards the house.

Other Stories of Interest:  Washington County officials offer reward for recovery of AR-15 stolen during burglary

Clinger told officers he recalled blood coming from Stratton’s leg, the result of a second shot being fired.

“Jason stated he told Lucy ‘I think I killed Todd,'” the probable cause statement says. “Jason said Todd said something to the effect of ‘Let me live’ after he was shot. Jason stated Todd was not breathing and he could not find a pulse.”

The woman identified as Lucy Truitt, whom Clinger called his wife but who reportedly described herself as his girlfriend, gave a similar account of what happened, the statement says.

Truitt said Clinger and Stratton argued, Stratton punched Clinger, and Clinger walked toward the residence, and Stratton began speaking with her.

“Lucy stated Todd’s tone had lowered while speaking with her. Lucy said Jason walked out of the house with the shotgun, and ‘before I could say no, he shot Todd.’ She said Todd reached towards the shotgun and Jason shot Todd again. Lucy stated Jason checked Todd and told he was dead and beyond medical help.”

Clinger and Truitt said Stratton was unarmed during the exchange.

“Jason went on to say he ‘did not have justification for self-defense.’ Lucy stated after they had determined Todd was beyond help, they went into the residence and a conversation about ‘what their options were.’ Lucy stated one of the options Jason suggested was to flee the area. Lucy stated she told him they would get caught.”

An initial examination of Stratton’s body found bullet wounds and a facial laceration that matched the account given by Clinger and Truitt. 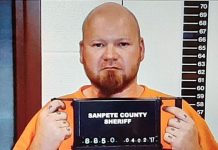 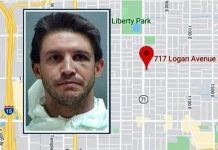 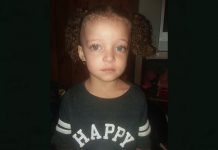