May 19 (UPI) — Everyone is “considered a customer” and purchases are not required to use Starbucks cafes, including its restrooms, according to a new policy announced Saturday.

The policy change comes a month after a Philadelphia Starbucks manager called police about two black men who were sitting inside the restaurant waiting for a friend without ordering anything.

An arrest video sparked a nationwide outcry, including days of protests in Philadelphia. The city police commissioner apologized and Starbucks CEO Kevin Johnson and called the arrests “reprehensible.”

Afterward the company announced all U.S. stores will be closed on the afternoon of May 29 to conduct racial bias training. The two men settled with the city of Philadelphia for $1 each and an undisclosed settlement with the company.

The policy announcement, sent via a letter to employees, said that “any person who enters our spaces, including patios, cafes and restrooms, regardless of whether they make a purchase, is considered a customer,” The Wall Street Journal reported.

Previously, company’s guidelines were vague on how to treat lingering non-paying guests.

The Philadelphia store where the two men were arrested had signs informing people the bathrooms and cafe were for paying customers only. Store guidelines for employees were to ask nonpaying guests to leave.The manager who called the police in Philadelphia no longer works at the store. 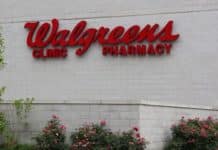 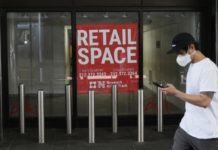 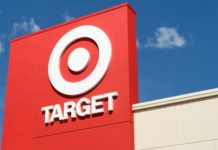