SOUTH JORDAN, Utah, June 3, 2020 (Gephardt Daily) — New details have been released after a man and two young boys were found deceased inside a residence in the Daybreak area of South Jordan Tuesday afternoon.

South Jordan Police Department said in a news release Wednesday: “The South Jordan PD has confirmed the events of yesterday’s tragic incident are believed to be a murder-suicide. The investigation and preliminary autopsy results indicate Seth Osborn, 8, and Ezra Osborn, 10, both died of gunshot wounds, which were inflicted by their father, Brian Osborn, 41. Brian was also found deceased in the home of an apparent self-inflicted gunshot wound.”

The news release said that on Tuesday, South Jordan Police and Fire Department responded to 4329 W. Pentenwell Lane just after 4 p.m. on a report of an 8-year-old-male who had been found with a gunshot wound by his mother. The child was rushed to the hospital by medical personnel but died of his injuries.

“As officers moved through the home, they found a 10-year-old-male and a 41-year-old-male both deceased of apparent gunshot wounds,” the news release said. “Results of the investigation indicate the father was at the home watching his two sons while the mother was at work, but the father had not been living at the home for several months.”

South Jordan Police had previously dealt with the family on non-criminal domestic issues, but had not had contact with them since November 2019.

A GoFundMe page has been set up to assist with funeral costs for the children.

The GoFundMe page says: “Ezra (10) was an artistic, imaginative boy who loved to throw parties. He loved making others feel special and was an amazing friend. Seth (8) was a ball of energy! He loved to be outside, play Nerf gun wars with his friends, and finding adventures wherever he could. These boys were Ying and Yang; except for their love of reading. Both loved to curl up and lose themselves in a good book.

“They are survived by their mother, who among other things, instilled in them their love of reading.”

The news release added: “If you are dealing with a domestic violence situation or a crisis, please remember the following resources are available. National Domestic Violence Hotline can help victims, survivors of domestic violence. Call 1-800-799-7233.” 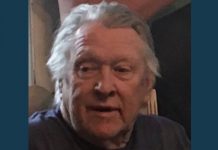