WEST VALLEY CITY, Utah, Feb. 7, 2020 (Gephardt Daily) — West Valley City police believe a suspected shooter has been found dead after the gunshot death of a male victim and a serious injury to the suspected shooter’s wife.

About 70 minutes after police were called to the domestic shooting, at 3625 S. Deann Dr., and told by the surviving female that her ex-husband was the shooter, officers searching for the suspect were informed of an unknown male, motionless, had been found in the shower of an unrelated residence.

The Hawkeye Circle home’s residents have no known connection to the man found dead in the shower, the statement says.

“Notifications being conducted. Names will be released following.”

Police were first called to the Deann Drive residence at 6:20 a.m

A “woman called 911, reported that her ex-husband had shot her and her boyfriend,” an 8:22 a.m. tweet from West Valley City Police says.

Officers responded to the scene.

“We are on the scene of a shooting at 3625 S. Deann Dr. One adult male is deceased one adult female wounded, taken to hospital in serious condition,” a subsequent tweet says.

Two children were found inside the residence.

“Two children in house at time of shooting, ages 5 and 10. Children will be cared for by family members. Investigation and search for suspect is underway.”

Gephardt Daily will have updates on this developing story as information is released. 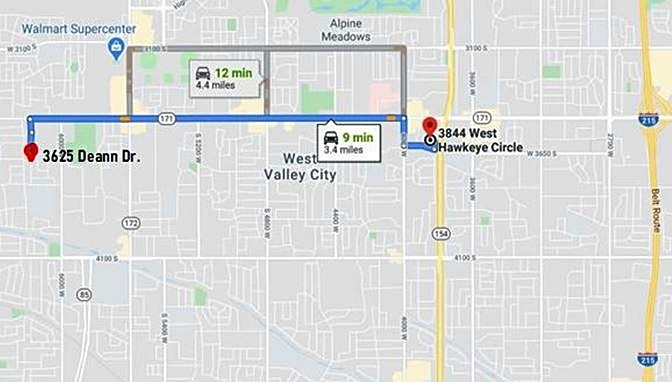