Warning: In the two body camera videos shown in the clip above, about three dozen gunshots can be heard, and and the first bodycam video captures an injured officer falling backward. He survived his injuries. Some viewers may find the video to be disturbing.

Her boyfriend, Michael Tyson Nance, has been charged in her death, and with the shooting of a responding officer.

An open-line call came to dispatch at 3:39 that Monday morning, Lewis said. Officials could hear a couple fighting, but had no address, so responded to the area of a cell phone ping at about 4:41 a.m.

A friend of 34-year-old Thurber then called police and directed them closer to the scene, but gave a non-existent address, saying Thurber was in an apartment at 119 S. 300 East, where no such building existed. An officer walking around the area heard the domestic dispute and located the correct building, at 125 S. 300 East.

The initial officer confirmed the address, called additional police, then returned to the alley where he had heard the disturbance through a closed window.

“That initial officer returned to the window in the alley when the disturbance continued,” Lewis told reporters at the news conference. “The initial officer kicked out the window and confronted the occupants, giving commands to not move and to show hands.

“Three gunshots can be heard, one of which strikes the backing officer. Two officers then engage the suspect from outside the window. The suspect then retreated further into the apartment. We later learned that the suspect left the building, 125 South, before officers could gain entry into the building.” 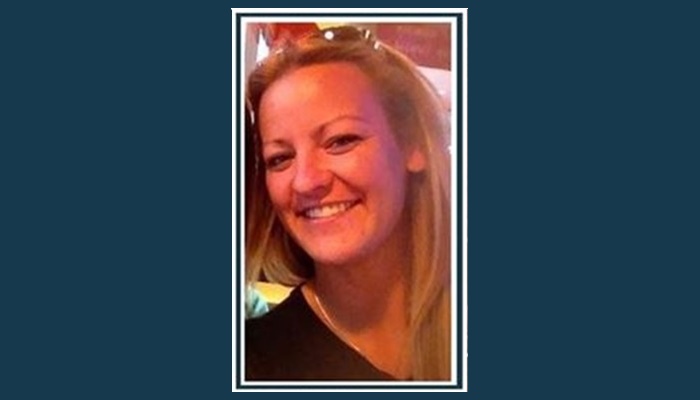 ● The first video clip shows the initial officer yelling toward the window, and the officer behind him, the one wearing the body camera, holding a gun supported by both extended arms. Shots are fired, and the video captures the sound of the secondary officer being hit. As he falls backward, his camera turns skyward, showing the apartment buildings’ roofs silhouetted against the night sky. Other officers then encircle the fallen officer and move him away from the scene.

● The second video Lewis screened was worn by an officer handling a K-9, and shows his police dog in front of him on a leash. Officers are firing bullets through the broken window of the apartment.

“The suspect was later located and taken into custody,” Lewis said. “Officers discovered a deceased female when they entered the apartment.”

Nance, 30, was located several blocks away, being treated for a gunshot wound. He was treated at a hospital, and ultimately booked into the Salt Lake County Jail on suspicion of:

Lewis reminded reporters that, in keeping with the District Attorney’s office, the SLCPD is also conducting an internal investigation, as is a citizen review board.

Photos below show a vigil conducted in remembrance of Thurber and other victims of domestic violence.