SALT LAKE CITY, Utah, May 23, 2020 (Gephardt Daily) — Police investigators are on the scene of a fatal officer-involved shooting in Salt Lake City.

Officers were called to 300 West 900 South about 2 a.m. with reports of threats being made with a gun.

When police arrived, a man ran from the scene.

A short while later, police confronted the man and shots were fired according to a statement by SLCPD.

The suspect was gravely wounded and died from his injuries.

Police believe there may have been a second suspect involved in the initial call, but he managed to elude officers.

Officers from the Unified Police Department have been called in to handle the investigation into the O-I-S. 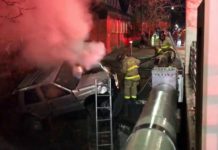 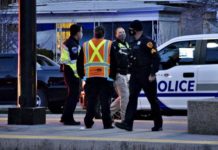 One hospitalized, 1 in custody after ‘unprovoked’ stabbing on TRAX platform in Salt Lake City