ST. GEORGE, Utah, Oct. 16, 2019 (Gephardt Daily) — The suspected ringleader of a group accused of cheating an endangered St. George woman out of at least $264,500 has been arrested in California.

Powell’s arrest is the fifth in the case, initiated when the victim’s family members, reviewing financial records, discovered the missing funds and the fact that a cabin had been sold for no money down.

Court records filed in the cases of the other arrestees say that the alleged ringleader knocked on the door several months ago and offered to do home repairs in exchange for payment for himself and his workers. The jobs were left undone or were performed poorly, court documents say. The woman was told to pay large amounts of money, in advance, for the jobs.

“During my investigation, I learned that the elderly woman had written checks and given these male suspects thousands of dollars in checks and currency,” say probable cause statements released in the case.

“According to the victim’s family, they were concerned because their mother was not all mentally cognizant, as she has trouble remembering things, following simple conversation topics, counting, etc.

Powell served 29 years in the Utah State Prison after being convicted of murder and later an aggravated assault of an inmate. He was released in December of 2017.

Family members also told investigators their mother believed she was engaged to marry “the parolee.”

The exact charges Powell will face in Utah have not yet been released. Already arrested in the case are:

Also charged in the case is Gloria J. Powell, the mother of Frank Powell. Gloria Powell, 73, faces one count of obstructing justice, a third-degree felony. It is not clear whether she is in custody or still at large. Her bail is set at $50,000. 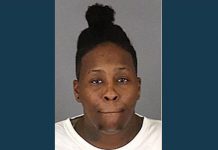 19 new charges filed against accused killer of U of U student MacKenzie Lueck; DA says lurid images of children found on his computer 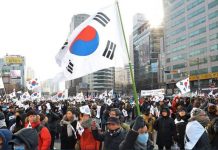 South Korea’s suicide rate declines, but not among elderly