PROVO, Utah, April 16, 2018 (Gephardt Daily) — Police have identified a 3-year-old girl who died after a four-vehicle crash Sunday in Provo.

The deceased has been identified as Chelsea Parkinson, the Provo Police Department said in a news release Monday.

Provo Police Detective Nick Dupaix said the accident happened at about 4:48 p.m. at the intersection of University Avenue and 3700 North.

Three cars on southbound University Avenue were stopped at the light and were waiting in the left-turn lane to go east on 3700 North, Dupaix said.

Dupaix said the occupants of that third car, a red station wagon, were the 3-year-old girl who died in the crash, the 15-month old girl, who was flown to Primary Children’s Hospital in critical condition, and their parents, who were “moderately injured.”

Later in the evening, Provo Police on Facebook said the children’s mother was taken to the hospital in critical condition, but had been upgraded to stable condition.

There was a couple in the second vehicle, which was a white sedan, and one person in a minivan, the first vehicle at the light. Dupaix said they reported some injuries, but he didn’t have any information regarding their condition or whether they were taken to a hospital.

Three people were in the truck that caused the chain-reaction crash, and they also had “moderate injuries.”

Dupaix said it appears that the truck was traveling at the posted speed of 45 mph when it rear-ended the station wagon.

“Some people have said that isn’t very fast, but when you have something moving at 45 miles an hour and it hits a vehicle that’s at a dead stop, the impact can cause serious injury or death,” he told Gephardt Daily.

The later Facebook post only said the truck “crashed into a red station wagon at a high speed.”

The traffic accident investigation team has been interviewing witnesses and talking with everyone who was involved in the crash, Dupaix said.

The investigators also measured the vehicle distances, and were collecting as much information as possible to recreate the circumstances of the accident and try to determine exactly how it happened.

On Monday afternoon, police updated, saying “the Traffic Accident Team is still working hard on their investigation and reconstructing the accident.”

Anyone who witnessed this accident is asked to call Provo detectives through Provo City Dispatch at 801-852-6210. 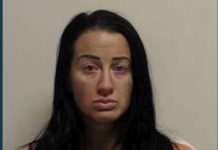 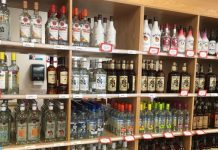