SALT LAKE CITY, Utah, June 26, 2019 (Gephardt Daily) — Salt Lake City police officials said Wednesday afternoon they are investigating the texts that missing University of Utah student MacKenzie Lueck was sending and receiving while she was at the Salt Lake International Airport in the early hours of June 17.

“UPDATE: We know MacKenzie was texting while in the airport. We are actively following that lead and continue to pursue other leads as well. #MissingPerson #MacKenzieLueck.”

Officials went on to say that the person or persons she was texting are not being considered suspects or a person of interests.

Lueck, who goes by Kenzie, disappeared after attending a funeral in California then flying back to Salt Lake City in the early hours of Monday morning, June 17. Her parents reported her missing Thursday, June 20, at approximately 4 p.m. Lueck is a senior at the U of U and lives in Salt Lake City.

At a press conference Monday, SLCPD Assistant Police Chief Tim Doubt revealed Lueck was dropped off by a Lyft driver at Hatch Park in North Salt Lake at about 3 a.m. Monday, and was “met by an individual in a vehicle.”

At the press conference Monday afternoon, Doubt offered this timeline on Lueck’s movements after she arrived back in Salt Lake City.

Doubt said officials have no reason to doubt the Lyft driver’s story. He took calls immediately after he dropped her off.

Doubt said the make and model of the car that she was dropped at has not yet been confirmed, and at this time there is no description available of the driver. Doubt said further details may be released once “we have verified that information.” While the Lyft driver saw her approach the car, officials said, she was not actually seen getting into the car.

He said some questions that police are trying to find answers to are:

“SLCPD set up a dedicated tip line specifically for #MissingPerson MacKenzie Lueck, case 19-111129. Please call 801-799-4420 with any information. #MacKenzieLueck.” Doubt said six officials have been assigned to staff that line. 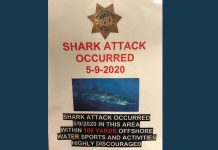