SALT LAKE CITY, Utah, Dec. 19, 2019 (Gephardt Daily) — A Utah man found guilty of eight felonies in September has been sentenced to the maximum penalty on each count.

James Savage Brown, 53, was found guilty of and sentenced to:

The first two charges will run consecutively. The rest will run concurrently, the 3rd District Court Judge Paul B. Parker ruled. The least Brown could serve is 15 years.

Utah Attorney Sean D. Reyes released a statement on Thursday, after the sentencing.

“Human Trafficking is a brutal violation of human rights and dignity and I pledge every resource in my office to continue to fight it.”

The Utah Attorney General’s Office learned of Brown’s activity in 2018 from one of the victims after she was released from the Salt Lake County Detention Center.

“While there, the victim encountered another woman who had suffered similarly at the hands of Brown,” said a news release issued at the time. “Both women told stories of sexual assault, physical abuse, and repeated forced prostitution.”

Brown has a lengthy criminal history, both in Utah and California. 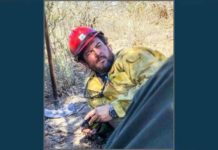