Amazon previously announced it would begin delivering orders via drones and completed its first test-flight in the United Kingdom earlier this month. The company said the unmanned aircraft successfully delivered a parcel from a storage facility to a customer in 13 minutes.

The patent, which Amazon has thus far made no apparent plans to build or deploy, depicts a massive permanently floating warehouse kept aloft by a blimp at an altitude of up to 45,000 feet. It would be replenished and refueled by shuttles. Drones would access it, pick up a customer’s order, and buzz back to Earth to deliver the merchandise.

Amazon described using the floating warehouse in several ways beyond regular customer orders online. Signs on the blimp could advertise merchandise customers would be encouraged to buy. It could also be used to service large gatherings such as sporting events, from which people could buy merchandise or food, making it a floating concession and souvenir stand.

The patent was awarded to Amazon in April, but was not reported until this week. 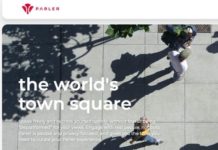 Parler comes back online after being pulled from Amazon cloud platform 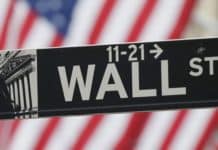