SEATTLE, Oct. 28 (UPI) — Amazon.com’s revenue and profit for the third quarter of 2016 wasn’t what analysts were expecting.

In its quarterly earnings report, the online retailer posted $32.7 billion in revenue — up nearly 30 percent over $25.3 billion last year.

Shares of Amazon, though, declined nearly 5 percent in trading Thursday.

The company’s earnings were below the 79 cent per share profit many analysts were expecting.

“Alexa may be Amazon’s most loved invention yet — literally — with over 250,000 marriage proposals from customers and counting. And she’s just getting better,” CEO Jeff Bezos said in a statement. “Because Alexa’s brain is in the cloud, we can easily and continuously add to her capabilities and make her more useful — wait until you see some of the surprises the team is working on now.”

For the fourth quarter, Amazon predicted net sales of $42-$45 billion. 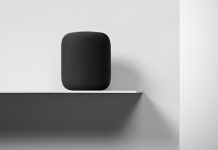 Study: Siri had biggest jump in intelligence over other assistants in 2018