May 28 (UPI) — American Airlines says it plans to cut management and staff by 30 percent as a result of the economic crisis.

The world’s largest carrier noted the plans in a filing Wednesday.

“We have already taken steps to prepare for this new reality, with nearly 39,000 team members electing to take a voluntary leave or early retirement,” American told the Securities and Exchange Commission.

“Fleet retirement accelerations are underway and we will fly roughly 100 fewer aircraft next summer — mostly widebodies — than we had originally planned. Additionally, running a smaller airline means we will need a management and support staff team that is roughly 30 percent leaner.”

American said the restructuring will happen at all levels, including its leadership team.

Thursday, Delta Air Lines revealed plans to offer employees retirement and buyout packages as a cost-cutting measure. The carrier, like others, accepted federal stimulus money and is prohibited from cutting jobs and pay until October.

“While we never dreamed just a few months ago that we would be talking about a smaller Delta — this was expected to be a year of growth, after all — this is the reality we’re facing,” Chief Executive Ed Bastian wrote to Delta staff. “Every voluntary departure helps to protect the jobs of those who most need them.” 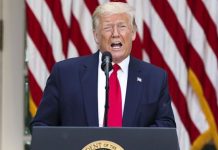 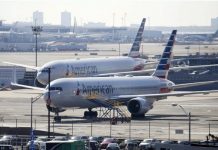