Dec. 18 (UPI) — The California farm at the center of a romaine lettuce E. coli contamination last month has expanded a recall to include more types of lettuce and cauliflower.

Adams Bros. Farms in Santa Monica, Calif., said the recall is being expanded “out of an abundance of caution.”

The widened recall covers cauliflower and red- and green-leaf lettuce grown in particular fields and harvested between Nov. 27-30. None of the recalled products have tested positive for E. coli.

Customers should throw the produce out or return it to the store, the company said.

“Adam Bros. Farming, Inc. feels a strong commitment to its customers and has worked for years to provide a safe and healthy food supply,” the company said in a statement.

As of last week, 59 people in 15 states and Washington, D.C., had gotten sick; 23 were hospitalized.

The E. Coli outbreak could go beyond Adams Bros.

The FDA sent teams to the several romaine farms in California to inspect the fields and lettuce cooling facilities.

“Our teams have been on site at these locations continuously, collecting hundreds of samples for lab testing,” the FDA said. “These include soil, water and swab samples from surfaces and equipment. The majority of these results have tested negative for the outbreak strain.”

The positive test came from an irrigation reservoir at Adam Bros. Farms in Santa Barbara County. The sample was also analyzed the Centers for Disease Control. 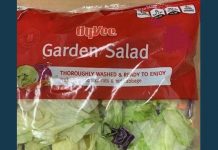 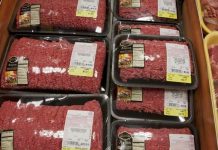 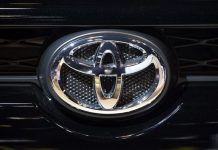