Feb. 6 (UPI) — China announced Thursday it will slash punitive tariffs imposed on about $75 billion worth of U.S. exports as the two countries continue to work out a trade deal.

In a statement, China’s Ministry of Finance said it would halve punitive taxes it imposed last fall on U.S. products.

Staring Feb. 14, China said it will cut a 10 percent tariff to 5 percent and cut a 5 percent tax on other goods to 2.5 percent.

China said it cut the tariffs to “promote the health and stable development of Sino-U.S. economic and trade relations.”

China announced the retaliatory tariffs in August, to be imposed in two batches — one in September and the other in December.

However, China’s December measures were never implemented as days before they were to go into effect the two countries signed a “phase one” preliminary trade agreement that included the United States cutting some of the tariffs it had imposed on China.

China said Thursday its move to cut tariffs was done to mirror those by the United States.

“China hopes that both parties can abide by the agreement, strive to implement the relevant content of the agreement, strengthen market confidence, promote the development of bilateral economic and trade relations and promote world economic growth,” the ministry said.

The ministry said it will follow through with a further step of tariff adjustments depending on how the economic relations between the two countries advance.

“We hope to work with the United States toward the ultimate elimination of all tariff increases,” it said. 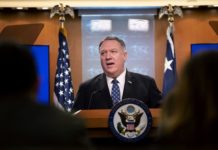 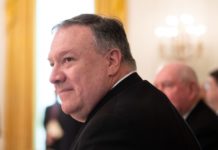