“For many years China (and many other countries) has been taking advantage of the United States on Trade, Intellectual Property Theft, and much more. Our Country has been losing HUNDREDS OF BILLIONS OF DOLLARS a year to China, with no end in sight,” Trump tweeted.

“Sadly, past Administrations have allowed China to get so far ahead of Fair and Balanced Trade that it has become a great burden to the American Taxpayer. As President, I can no longer allow this to happen!”

RELATED U.S. removes some China tariffs, delays others as talks continue
Trump’s announcement came hours after the Chinese government announced its own series of retaliatory tariffs on U.S. goods, including a new 25 percent tariff on automobiles.

The Chinese State Council said the tariffs will range between 5 percent and 10 percent. The first round will take effect Sept. 1 and the second Dec. 15, the same dates the newest U.S. taxes on Chinese products will enter force.

Beijing said the measures are a direct result of the tariffs the Trump administration announced Aug. 1. Some were later removed or delayed.

“In response to the measures by the U.S., China was forced to take countermeasures,” the Chinese council said in a statement. “The Chinese side hopes that the U.S. will continue to follow the consensus of the Osaka meeting, return to the correct track of consultation and resolve differences, and work hard with China to end the goal of ending economic and trade frictions.”

“We hope China and the United States will resolve differences in a manner acceptable to both sides on the premise of mutual respect, equality, good faith, and consistency of words and deeds,” China’s Customs Tariffs Commission said Friday.

Beijing also announced a 25 percent tariff on U.S. automobiles and a 5 percent tax on parts and components. Those tariffs were suspended in April when the two sides tried to work out a trade deal.

Trump said in response that trade with China has been a costly venture for the United States for years.

“Our country has lost, stupidly, trillions of dollars with China over many years,” he tweeted in the afternoon before announcing the new tariffs on Chinese goods. “They have stolen our intellectual property at a rate of hundreds of billions of dollars a year, & they want to continue. I won’t let that happen!

“We don’t need China and, frankly, would be far better off without them. The vast amounts of money made and stolen by China from the United States, year after year, for decades, will and must STOP. Our great American companies are hereby ordered to immediately start looking for an alternative to China, including bringing your companies HOME and making your products in the USA.”

“Also, I am ordering all carriers, including Fed Ex, Amazon, UPS and the Post Office, to SEARCH FOR & REFUSE all deliveries of Fentanyl from China (or anywhere else!). Fentanyl kills 100,000 Americans a year. President Xi said this would stop — it didn’t. Our economy, because of our gains in the last 2 1/2 years, is MUCH larger than that of China. We will keep it that way!”

The Farmers for Free Trade coalition said Friday the U.S.-China trade conflict is getting worse for U.S. farmers every week, while farmers in Brazil, Canada and Russia are thriving.

“This latest escalation means even higher barriers into a market that not long ago was our second largest ag export destination,” the group said in a statement to UPI. “The rapid evaporation of the Chinese market has for the first time in over four decades brought us to the brink of losing our agriculture trade surplus with the rest of the world.” 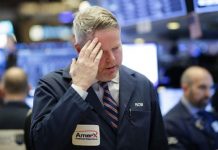 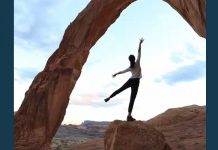