April 17 (UPI) — The amount of electricity generated by coal since 2007 is down 40 percent as natural gas and renewable power capacity grows, the U.S. government reported.

The U.S. Energy Information Administration said in a daily brief that coal accounted for about 30 percent of all of the electricity generated in the country last year.

Energy-related CO2 emissions last year were down 1.7 percent from 2015 levels, consistent with a decade-long trend. The EIA added that more than 85 percent of the coal-fired capacity in the United States came from facilities that are at least 25 years old.

U.S. President Donald Trump has unveiled policies aimed at boosting the fossil fuels industry, including coal. A recent decision to allow construction of the Keystone XL oil pipeline from Canada was criticized by environmental groups who say the type of oil found in Canada is more carbon-intensive than lighter grades.

Coal-fired power is on the decline in the United States, and advocacy and industry groups note many of the job gains were coming not form fossil fuels, but from the renewable energy sector. Though U.S. oil production is on the rise, governors in states rich in shale touted the benefits of a balanced energy policy.

John Hickenlooper, the governor of Colorado, which is rich in shale oil and gas, said a bubble-up approach to a balanced energy policy would be encouraged from the state level.

The EIA said Maine and Vermont are the only two states in the union that don’t have coal-fired power. 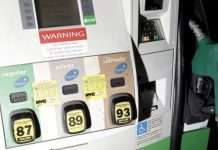 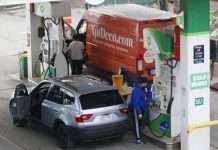