As part of the agreement, Disney will buy the stake in 2024 at a cost of at least $27.5 billion — even if by then the company is worth less. Comcast, therefore, is guaranteed at least $5.8 billion for the sale.

“Hulu represents the best of television, with its incredible array of award-winning original content, rich library of popular series and movies, and live TV offerings,” Disney CEO Bob Iger said in a statement.

Other Stories of Interest:  ESPN to have Disney movie Fridays during sports hiatus

“We are now able to completely integrate Hulu into our direct-to-consumer business and leverage the full power of The Walt Disney Company’s brands and creative engines to make the service even more compelling and a greater value for consumers.”

Comcast is planning its own ad-supported streaming service soon. Hulu currently depends on next-day and library programming from a host of networks.

Hulu started in 2008 as a joint venture of News Corp. and NBC Universal. Disney bought Fox’s assets to Hulu this year, becoming its majority owner. NBC Universal, though, retained control over major decisions because of its status as a founding stakeholder. AT&T sold its $1.4 billion stake last month. 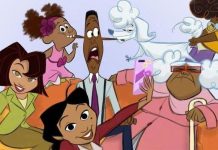