April 28 (UPI) — Tesla CEO Elon Musk has reached an agreement with the U.S. Securities and Exchange Commission over his use of Twitter.

The deal adds a list of topics that Musk must have pre-approved before written communication on social media such as Twitter, the company’s website and press releases.

Musk reached the deal with the SEC in Manhattan federal court Friday.

The deal stems from a September complaint that the SEC filed against Musk alleging that he violated federal securities laws when he tweeted that he had secured funding to take the company private. The SEC complaint alleged that he misled Tesla investors with the claim in the tweet, which caused shares to rise, even though he hadn’t discussed confirmed key terms of the deal.

As a result, the court last October ordered Musk to seek pre-approval for any written communications that could reasonably contain information material to the company or its shareholders.

However, the SEC alleged Musk violated the pre-approval agreement and filed a contempt motion in February, which led to this month’s agreement.

“The Defendant must seek pre-approval of any written communication that contains information regarding a list of specific topics,” the court motion submitted by Cheryl Crumpton, counsel for the SEC, said. “This enhanced clarity will reduce the likelihood of future disputes regarding compliance.”

U.S. District Judge Alison Nathan will need to approve the new deal for it to supersede the previous one.

The deal appears to benefit Musk, who was likely to otherwise face hefty fines from the allegations. Former SEC prosecutor Elliot Lutzker previously told Fox Business that regulators could hit Musk with a fine higher than a previous $20 million and even ask him to step aside for up to two months as CEO. 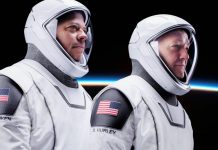 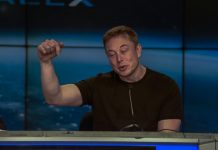