Aug. 13 (UPI) — The federal deficit reached $2.8 trillion for the fiscal year 2020 on Wednesday, breaking a previous annual record, according to a report by the Treasury Department.

The deficit is nearing $3 trillion since the start of the fiscal year after a $63 billion deficit was reported for the month of July, down from $864 billion in June amid a large increase in federal spending in response to the COVID-19 pandemic.

“We have borrowed $2.8 trillion this year so far — triple what we borrowed last year,” Maya MacGuineas, the president of the Committee for a Responsible Federal Budget, said in The Hill. “While this massive borrowing is exactly what we need to do to help the economy, it will need to be followed by measures to bring the debt back down when the economy has recovered.”

Budget experts have attributed the decline in the monthly deficit between June and July to the delay of the federal tax deadline in response to the pandemic.

The shift has resulted in most tax revenue coming into the U.S. Treasury in July rather than April, which historically is when the Treasury reports a revenue surplus.

“We are seeing a huge influx of taxes that would otherwise be paid in April,” Marc Goldwein, CRFB senior vice president, told The Washington Post. “The vast majority of the lower deficit is driven by the delay of tax season.” 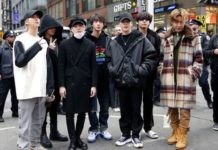