Sept. 21 (UPI) — The federal government debt increased nearly 59% at an annual rate in the second quarter of this year after Congress passed the CARES Act to help U.S. businesses and individuals survive the initial shock of the coronavirus pandemic shutdown, according to a Federal Reserve report released Monday.

The 58.9% jump in government debt compares with an 11.4% increase in the first quarter, according to the Financial Accounts report. Business debt jumped 14% in the second quarter while the debt for state and local governments increased by 3.5%.

Household debt increased by 0.5% as domestic financial debt overall increased by 25.3% over the three-month period.

That increase was generated mostly by the stock market, which was kept float by stimulus efforts, including near-zero interest rates. The S&P 500 increased 20% in the second quarter, amounting to 75%, or $5.7 trillion, of the household net worth increase. Real estate added $500 million to that total. 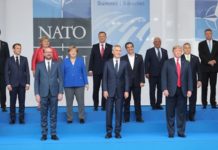 Coronavirus cases in world rising by 1 million every three days