April 16 (UPI) — Goldman Sachs cut compensation and benefits set aside for employees by 20 percent in the first quarter of 2019 after a drop in profits.

Goldman’s net revenue dropped 13 percent since the first quarter of last year to $8.81 billion, while its profit of $2.25 billion, or $5.71 a share, was down 21 percent over the same period.

The bank’s stock was down 3.82 percent at the end of trading Monday.

During a conference call Monday, CEO David Solomon said the federal government shutdown was a major contributor to its decline in revenue from underwriting initial public offerings.

He added that a strong start to the fiscal year for the stock market and concerns about U.S.-China trade talks scared away investors.

Solomon however said he was “pleased” with the bank’s first-quarter performance, especially considering a “muted” start to the year.

“Our core businesses generated solid results driven by strong franchise positions,” Solomon said. “We are focused on new opportunities to grow and diversify our business mix and serve a broader range of clients globally.”

Part of the bank’s efforts to expand its business includes a partnership with Apple to offer its first credit card, which was announced last month. 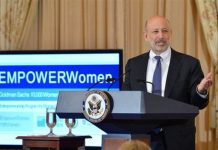 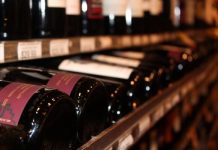 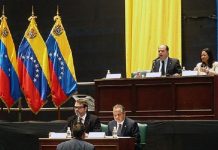