Feb. 11 (UPI) — A federal judge on Tuesday approved a bid by T-Mobile to merge with competitor Sprint in a combination of the nation’s third- and fourth-largest wireless carriers.

Judge Victor Marrero of U.S. District Court in Manhattan ruled against 13 state attorneys general who sought to block the $26 billion deal as potentially harmful to consumers. They sued in June 2019, even before the merger was approved by the U.S. Department of Justice and the Federal Communications Commission.

The companies argued their merger was needed to compete against the biggest wireless carriers, AT&T and Verizon, and to complete a build-out a nationwide 5G network.

Marrero concurred in his ruling, noting, “The proposed merger would allow the merged company to continue T-Mobile’s undeniably successful business strategy for the foreseeable future.”

News of the approval sent Sprint stock soaring by 65 percent as the markets opened Tuesday, while T-Mobile rose nearly 9 percent.

“Today was a huge victory for this merger … and now we are FINALLY able to focus on the last steps to get this merger done,” T-Mobile CEO John Legere said in a statement.

“The T-Mobile-Sprint merger will help close the digital divide and secure United States leadership in 5G,” FCC Chairman Ajit Pai said. “After the merger, T-Mobile has committed to bringing 5G to 97 percent of our nation’s population within three years and 99 percent of Americans within six years.”

As part of its approval, the Justice Department required Sprint to divest Boost Mobile, Virgin Mobile and Sprint’s prepaid businesses. Also, Sprint and T-Mobile agreed to divest some of the wireless spectrum to Dish Network and make at least 20,000 cell sites and hundreds of retail stores available.

Under the settlement, Dish will be able to access T-Mobile’s network for seven years as DIsh builds out its own 5G network.

The merger still must be approved by the California Public Utilities Commission before it can become official. 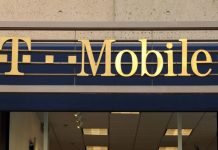