PIUTE COUNTY, Utah, Feb. 8, 2019 (Gephardt Daily) — Officials have identified the man who died after his snowmobile was caught in a Piute County avalanche on Thursday.

The victim is 41-year-old Bradley Stapley, of St. George.

Stapley is well known in his city as the owner of Stapley Pharmacy. He is the married father of six young daughters. A GoFundMe account has been set up with the stated purpose of raising funeral funds.

“On Feb. 7, 2019, Brad was caught up in a terrible avalanche in Utah snowmobiling,” the page says. “Search and rescue crews were able to recover his body on Feb. 8th but he was found deceased.

“Brad was an icon and great friend to so many in Southern Utah. His influence touched so many lives and we are in such mourning for his family.”

Stapley was snowmobiling in the bowl area of Circleville Mountain, in Piute County and near Beaver County, on Thursday. He and another friend headed into the bowl, possibly triggering an avalanche, as a third friend looked on, according to reports.

The rider who was not trapped was able to see and dig out one of his friends, but the third man, Stapley, could not be located.

The call for help came in at 5:09 p.m., and searchers from Piute, Beaver and Sevier counties responded to the scene.

But due to plummeting visibility and temperatures, as well as unstable snow, searchers had to leave for the night without finding Stapley.

A Beaver County Sheriff’s Office statement, issued at about 10 a.m. Friday, prior to the discovery of Stapley’s body, said he and his friends visited the area often.

“The subjects had snowmobiled numerous times in this area, including earlier this year,” the statement says, in part. “They were familiar with the area and the terrain.”

“Search and Rescue crews from Beaver, Piute and Sevier counties were out late into the evening and are back on the mountain, continuing the search this morning. Over 50 officials from different agencies including UHP helicopter, Star9, Wasatch Back Country Rescue and National Forest are in Beaver County assisting in the search as well.”

Comments left on the GoFundMe page praised Stapley as a good person.

“Lots of prayers for the family,” one says. “Brad was such a fine young man and I am so sorry his life has been cut short. He will be greatly missed by many of us!”

“Brad was an amazing person and I was lucky to have him as a friend,” says another.

“Brad was an amazing person,” says a third. “Sending love and prayers…. The community has lost one of its best. My heart is with you.” 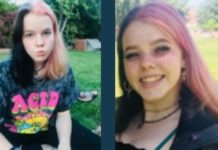 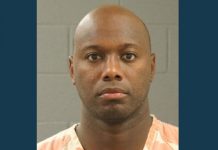