SEOUL, Oct. 14 (UPI) — Samsung announced a sliding-scale of financial incentives, up to $100, to U.S. customers who exchange their Galaxy Note 7, the latest in the effort to remove the phone from consumer hands.

The South Korean electronics company said it is offering a $100 bill credit if the Note 7 is exchanged for another Samsung smartphone. For those who have already exchanged their Note 7 for another Samsung phone, the company is giving a $75 bill credit. Customers who want a full refund will get a $25 bill credit “as a token of our appreciation and acknowledgement of your inconvenience, less any incentive credits already received,” the company said.

The announcement comes days after Samsung stopped production on the Note 7, which has caused multiple injuries and damages as a result of faulty batteries spontaneously combusting. The company is alerting Note 7 users to immediately turn their phones off.

The CPSC said Samsung has received 96 reports of overheating Note 7 batteries in the United States since Sept. 15. That includes 13 reports of burns and 47 reports of property damage by the overheating phone.

The phone was introduced to the market in August but was quickly recalled to replace some 2.5 million faulty batteries. Despite new batteries, some consumers reported their phones continued to overheat. The phone retailed for up to $890. 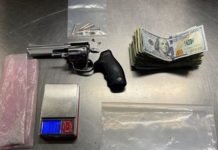