Sept. 26 (UPI) — The U.S. economy has bounced back surprisingly quickly from the shock of the COVID-19 pandemic and could be within reach of a greater recovery by the end of the year, one Federal Reserve president says.

“Very rapid third-quarter GDP growth may put the U.S. economy within reach of a sort of ‘full recovery’ by the end of 2020,” he said during a teleconference Thursday.

The economy declined by a record 31.7% in the second quarter but many analysts expect third-quarter figures next month will snap back to a 25% annual growth rate.

That would mean the economy could approach pre-pandemic levels in some key metrics, Bullard said — including gross national income, which fell by nearly $2 trillion in the second quarter.

COVID-19 deaths per 100,000 in the United States have declined dramatically since March and April, and even more so in East Asia and the Pacific, Bullard noted.

“This suggests that key areas of global production are well past the initial phase of the crisis and are likely to continue to increase economic activity under new safety protocols,” he said.

“So where are we then? Given the steepness of the drop, trying to interpret the rebound in growth rates is confusing,” he said. “I prefer to talk levels not rates: where are we today versus where we were pre-COVID-19. The unemployment rate is 8.4 percent … nearly 12 million fewer Americans are employed, a drop of 7.6 percent.

“Spending is coming back faster than employment. … Spending on goods is actually up 6.4 percent, but services spending is still down 9.7 percent.” 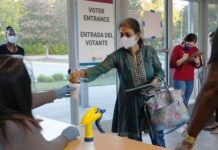 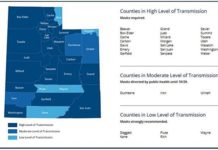 Gov. Herbert on COVID numbers: ‘This is a record day for Utah – but not a good one’