Jan. 22 (UPI) — Americans in a number of cities no longer need to leave the house for their morning coffee.

Starbucks on Tuesday began the new delivery service through Uber Eats in San Francisco, the coffee maker said. Deliveries to five other cities will begin in the next few weeks — Boston, Chicago, Los Angeles, New York and Washington, D.C.

By the spring, Starbucks said it will make the service available to seven U.S. cities. International deliveries will start in London later this month.

“We know we have untapped customer demand for Starbucks Delivers in the U.S. and starting today, we’re expanding our best-in-class experience to our customers both in and out of our stores,” Starbucks COO Roz Brewer said.

“The test, also powered by Uber Eats, saw strong demand, including repeat business throughout the day and positive feedback from customers,” Starbucks said in a statement.

Starbucks said the goal is delivery in 30 minutes or less. The brewer has also developed new packaging to ensure products arrive still hot or cold. Starbucks will offer 95 percent of the core menu items for deliveries placed through the Starbucks mobile app. The service costs $2.49.

Starbucks began delivering in China through Alibaba and Ele.me in August. It’s since expanded to 30 Chinese cities and some stores in Tokyo. 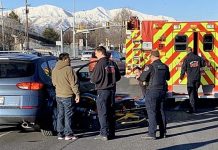