His comments came after China announced two rounds of new punitive taxes on $75 billion worth of U.S.-made products, including a new 25 percent tariff on automobiles.

Trump responded to the new tariffs, set to go into effect in two rounds on Sept. 1 and Dec. 15, telling U.S. companies to prepare to do business outside of China.

“We don’t need China and, frankly, would be far better off without them. The vast amounts of money made and stolen by China from the United States, year after year, for decades, will and must STOP. Our great American companies are hereby ordered to immediately start looking for an alternative to China, including bringing your companies HOME and making your products in the USA,” he tweeted.

Friday marked the worst day for the stock market since Aug. 14.

Trump appeared to blame the stock market losses on the failed presidential campaign of Rep. Seth Moulton, D-Mass., who dropped out of the race Friday.

“The Dow is down 573 points perhaps on the news that Representative Seth Moulton, whoever that may be, has dropped out of the 2020 Presidential Race!” Trump tweeted. 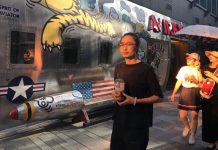 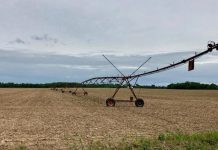 Larry Kudlow: ‘Both sides will suffer’ consequences from U.S.-China tariffs