July 30 (UPI) — Lawmakers on the House judiciary committee Wednesday accused four technology giants of being monopolies that have “wielded their power in disruptive, harmful ways.”

The representatives made the comments during a hearing on digital antitrust issues. Four CEOs — Jeff Bezos of Amazon, Tim Cook of Apple, Sundar Pichai of Google and Mark Zuckerberg of Facebook — appeared before the antitrust subcommittee of the House judiciary as part of the hearing.

Subcommittee Chairman Rep. David Cicilline, D-R.I., has been leading a months-long investigation into potential anti-competitive practices at all four companies. Committee members have obtained more than 1.3 million documents from the companies and have conducted five earlier public hearings.

Cicilline said the power the four companies have threatens competition and U.S. democracy.

“Any single action by one of these companies can affect hundreds of millions of us in profound and lasting ways,” he said. “Simply put: They have too much power.”

“I disagree with this characterization,” Pichai said.

Zuckerberg defended Facebook’s purchase of Instagram in 2012. Documents from the subcommittee’s investigation indicated that the CEO viewed Instagram as a competitive threat.

“Rather than compete with it, Facebook bought it,” Sensenbrenner said.

Zuckerberg, though, said Instagram had several competitors at the time of Facebook’s purchase.

“The acquisition has done wildly well not just because of the founders’ talent, but because we invested heavily in building up the infrastructure and promoting it,” he said. “And I think that this has been an American success story.”

Rep. Jim Sensenbrenner, R-Wis., said he was less concerned with how big the tech companies are than he was with apparent efforts to suppress conservative viewpoints.

“The way the net was put together, in the eyes of Congress, is that everybody should be able to speak their mind,” he said.

“I’ll just cut to the chase, Big Tech’s out to get conservatives,” he said.

Jordan also accused Google of attempting to aide former Secretary of State Hillary Clinton’s presidential campaign in 2016 and asked Pichai to pledge the company would not “tailor” its features to help former Vice President Joe Biden in November’s election.

Pichai denied the claim that his company favored the Clinton campaign and told Jordan “you have my commitment” that Google will act in a non-partisan manner in the upcoming election, saying political activity should not take place during company time.

“We’ve clearly communicated to our employees, any personal political activity, while it’s their right, needs to happen on their own time and resources,” Pichai said. “Any work we do around elections is nonpartisan.”

Nadler noted that “news publishers fired hundreds of journalists choosing to boost their video” products based on high and quickly growing rates of video viewership on Facebook, which were later revealed to be inflated.

Zuckerberg replied that he did not know the numbers were inflated, adding “we regret that mistake.”

In a May 1 letter to Bezos, the panel members demanded his testimony to fill “significant gaps” in their investigation.

In his opening statement, released in advance, Bezos said his company regularly fights “large, established players” for a share of the U.S. e-commerce market, including Walmart, which he said is “more than twice Amazon’s size.”

“We also face new competition from the likes of Shopify and Instacart — companies that enable traditionally physical stores to put up a full online store almost instantaneously and to deliver products directly to customers in new and innovative ways — and a growing list of omnichannel business models.

“The range of retail competitors and related services is constantly changing, and the only real constant in retail is customers’ desire for lower prices, better selection and convenience.”

“In some ways we are competing and they’re also competing with each other,” said Bezos.

In his prepared testimony, Zuckerberg said Facebook has a unique role of “connecting people around the world” and faces “significant competition.”

“We face intense competition globally and we only succeed when we build things people find valuable,” he said.

“We compete against the companies appearing at this hearing, plus many others that sell advertising and connect people. We also compete globally, including against companies that have access to markets that we aren’t in.

“Our story would not have been possible without U.S. laws that encourage competition and innovation.”

Cook, who took over at Apple for Steve Jobs in 2011, echoed Zuckerberg’s insistence that the tech market is rife with competition.

“As much as we believe the iPhone provides the best user experience, we know it is far from the only choice available to consumers,” he said in his prepared remarks. “The smartphone market is fiercely competitive.

“Apple does not have a dominant market share in any market where we do business. That is not just true for the iPhone; it is true for any product category.”

Rep. Lucy Kay McBath, D-Ga., asked Cook whether Apple has the power to exclude apps from its proprietary App Store, citing the company’s removal of parental control apps that monitored children’s’ screen time in 2016 after it introduced its own ScreenTime app.

Cook said that those apps were removed due to privacy concerns, arguing that the marketplace remains open to third-party developers.

“If you look at the history of this, congresswoman, we’ve increased the number of apps from 500 to 1.7 million so there is a very wide gate for the App Store,” Cook said. “And there is fierce competition for developers and want every app we can on the platform.”

Pichai said in his testimony that Google has promoted competition since it was founded in 1998.

“Because of our tools, businesses on Main Street can compete in a way that wasn’t possible 20 years ago,” he said.

“We know Google’s continued success is not guaranteed,” he added. “Google operates in highly competitive and dynamic global markets, in which prices are free or falling, and products are constantly improving.”

“Google is committed to keeping your information safe, treating it responsibly and putting you in control of what you choose to share,” he said. “We also never sell user information to third parties. But more must be done to protect users across industries, which is why we’ve long supported the creation of comprehensive federal privacy laws.” 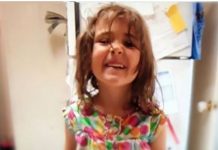 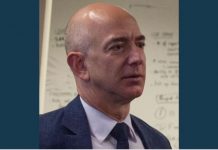 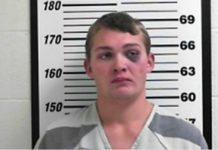