Dec. 27 (UPI) — Volkswagen said Friday it will accelerate its electric car production goal to 1.5 million vehicles by 2025, up from a previously planned 1 million.

The company’s “ID” program calls for a variety of vehicles across several Volkswagen brands, all featuring a versatile “MEB” electric vehicle platform. The new plan is largely based on quick rollout, and an increase in production, of the MEB platform. The company’s first mass-produced electric vehicle, known as the ID.3, began production in September at Volkswagen’s Zwickau, Germany, manufacturing facility.

“2020 will be dominated by the market introduction of the ID family,” a corporate statement said on Friday. The first ID.3 cars will appear on Europe’s roads in the summer. Over the next few years, Volkswagen intends to become the world market leader in e-mobility. The strategic target of 1 million electric cars is expected to be reached end of 2023, two years earlier than previously predicted. The Volkswagen brand expects 1.5 million electric cars to be produced in 2025.”

It added that the company will invest over $36 billion in its electric vehicle program. Volkswagen has also invested heavily in battery cell production and improvement.

The company expressed similar optimism nearly a decade ago, with predictions that it would be the world’s leading manufacturer of electric vehicles by 2020. While the production has not matched the plans, Volkswagen has rebuilt its German factory to build 330,000 electric vehicles per year, and has added electric vehicle production capability to its plants in Chattanooga, Tenn., and Anting, China. 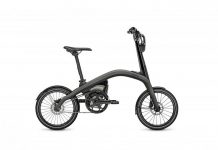