July 9 (UPI) — WarnerMedia announced Tuesday the launch of its own streaming service, HBO Max, which will feature original programming and content from a variety of the company’s channels, including Cartoon Network and TBS.

The media company said it expects to launch the streaming service in spring 2020.

“HBO Max will bring together the diverse riches of WarnerMedia to create programming and user experiences not seen before in a streaming platform,” said WarnerMedia Chairman Robert Greenblatt. “HBO’s world-class programming leads the way, the quality of which will be the guiding principle for our new array of Max Originals, our exciting acquisitions, and the very best of the Warner Bros. libraries, starting with the phenomenon that is ‘Friends.’“

As part of the new streaming offering, WarnerMedia is removing all 236 episodes of Friends from Netflix to its new home on HBO Max. Episodes of “The Fresh Prince of Bel Air” and “Pretty Little Liars” also will be available.

Existing and new HBO content also will be on the streaming service.

“What’s exciting about HBO Max is that we have so many more resources and so many more voices of support for our show, and it’s an opportunity for other creators to have a bigger platform,” said actor Issa Rae, creator and star of HBO’s “Insecure.” “I’m thrilled that my show will still be on HBO but now it will also be part of a new service that will reach more and more people.” 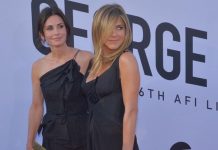 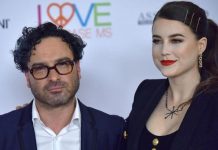 ‘Vacation’ spinoff series ‘The Griswolds’ in development at HBO Max