The graduates, who were analysts in training, were apparently booted from the program after instructors discovered they had sneaked notes into the exam room and copied fellow trainees’ answers, Britain’s Telegraph reported.

Some of the graduates were British, the newspaper said, and all were studying at JPMorgan’s headquarters in New York City.

A source at JPMorgan Chase, one of the world’s largest multinational banking and financial services holding companies, reportedly told the Telegraph that the graduates were caught cheating on a basic accounting exam — and that such behavior among trainees is fairly frequent.

“They cheated, got caught, all got sacked,” the source said. “Cheating on these internal tests is pretty common practice.”

A company representative, though, communicated a different point of view about the reported cheating.

“This behavior was entirely unacceptable and is not tolerated at our firm,” the representative said.

As a result of the cheating, the graduates were reportedly asked to leave the program — and even had to pay for their own flights back home, International Business Times reported.

“This conduct was not just a clear violation of the rules, but completely inconsistent with the values we foster at the firm,” a representative for Goldman Sachs said at the time.

JPMorgan Chase & Co. is the largest bank in the United States and the world’s fifth-largest bank by total assets. 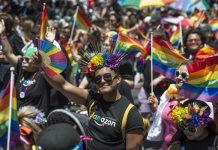