TORONTO, Jan. 15 (UPI) — Canadian police are conducting an investigation along with the Liquor Control Board of Ontario after a Toronto shopper discovered that a vodka bottle he purchased at a local store had been filled with water.

Rick Crumpton, 62, purchased a plastic 1.75-liter bottle of Smirnoff vodka at an LCBO store, but discovered something tasted off when he mixed himself a cocktail upon arriving at home.

“So I took a swig right from the vodka bottle and thought, ‘Man, this tastes like water,'” he told CTV Toronto.

Crumpton then called the store where an unsurprised employee informed him this “happens all the time”, although the LCBO told CBC News that his was the first complaint of this kind it had received.

Concerned that the liquid in the bottle may have been hazardous, Crumpton sent the bottle for independent analysis that confirmed the bottle contained water with residual amounts of alcohol.

LCBO spokesman Keeley Rogers stated that there was “sufficient evidence at this time to indicate that this was the result of deliberate product tampering.”

“LCBO takes product tampering and fraudulent returns very seriously, and we are working closely with local police, as this is a criminal matter,” Rodgers said.

Const. Victor Kwong of Toronto police said that surveillance footage indicates a singular suspect is involved with a number of similar incidents throughout Ontario.

In response the LCBO has stated that plastic bottle products will no longer be available for resale once returned and all employees will undergo mandatory refresher training.

Crumpton appreciated the measures taken by the LCBO and said he hopes “it stops anybody from ever trying to do this again.” 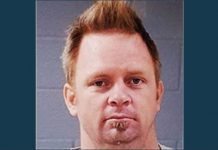