MINNEAPOLIS, Oct. 6 (UPI) — Approximately 1.8 million boxes of “gluten-free” Cheerios are being recalled because they might contain wheat, General Mills said.

The company said in a news release Monday it is ordering stores and warehouses to return boxes of Classic Cheerios and Honey Nut Cheerios.

“We are embarrassed [and] sorry to share an incident that occurred at our production facility in Lodi, California, that allowed wheat flour to enter our gluten-free oat-based system,” the company said. “As a result, original and Honey Nut Cheerios produced on several dates may contain wheat and were wrongly labeled gluten-free.”

A company spokesperson said there have been two reported illnesses due to the affected products.

To find out if a cereal they bought is being recalled, the company asks consumers to check the “better if used by” dates listed on its website. 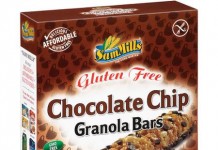