A slowdown in the Chinese economy has been the recurrent theme behind a steady decline in crude oil prices, a trend repeated in Tuesday trading.

Chinese foreign trade in August of $320.8 billion was a 9.7 percent drop from last year and an 8.8 percent decline from June, government data show. Total exports were down 6.1 percent year-on-year.

Brent crude oil traded at $48.74 per barrel just before the opening bell in New York,down about 1.7 percent from the previous trading day. The U.S. oil price benchmark, West Texas Intermediate, moved about 1.5 percent below the previous close to sell for $45.53 per barrel.

Crude oil prices are trading more than 50 percent levels from June 2014 as markets heavily favor the supply side. Qu Hongbin, chief China economist at HSBC, said Chinese exports were down in part because of lower demand in Europe and Japan, the latter of which has struggled to emerge from recession.

The 19 countries that use the euro saw GDP gain 1.5 percent year-on-year. While recognizing the slow recovery in the European economy, European Central Bank President Mario Draghi said last week he’d use all tools at his disposal to support growth.

In North America, meanwhile, data from oilfield services company Baker Hughes show a net rise in the number of rigs actively exploring for or producing oil and gas in North America, suggesting the sector is surviving the downturn in oil markets. 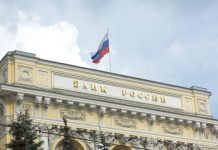 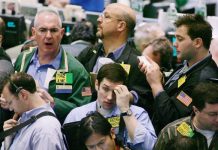 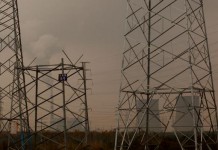