RALEIGH, N.C., Aug. 3 (UPI) — Pesticides and herbicides are designed to kill insects and invasive plants, though evidence the chemicals also have a negative effect on health is growing.

Several of the chemicals most commonly used on farms were linked to allergic and non-allergic wheezing in a large study of farmers, with researchers at North Carolina State University warning in a new study that the threat to health is moving beyond farmers as they are increasingly used in residential areas.

Pesticides and herbicides have been linked to diseases such as ALS and several kinds of cancer, though the studies have been controversial and contradicted each other in many cases.

A report from the World Health Organization called one of the most widely used chemicals — glyphosate, the active chemical in the weed killer Roundup — carcinogenic, and the state of California officially listed the herbicide as carcinogenic last year.

Months later, however, European researchers released a report claiming a review of more than 100 studies found the link between glyphosate and cancer was “weak,” and a United Nations report earlier this year even found levels of exposure to the chemical on food were “unlikely” to cause cancer.

Researchers involved with the new study looked at other effects of exposure to pest control chemicals, linking several to wheezing conditions in farmers who use them.

“This is the most comprehensive list of pesticides in relation to wheeze that has been evaluated to date,” Jane Hoppin, an epidemiologist at North Carolina State University, said in a press release.

For the study, published in the journal Environmental Health Perspectives, researchers reviewed the effects on allergic and non-allergic wheezing among 22,134 farmers from 78 pesticides using interview data from the Agricultural Health Study collected between 2005 and 2010.

Of the 78 pesticides considered in the study — 45 herbicides and plant growth regulators, 25 insecticides, six fungicides, one fumigant and one rodenticide — 19 were significantly linked to allergic wheeze, 21 to non-allergic wheeze and 11 linked to both.

The chemicals most significantly linked to wheezing as a response to exposure were the herbicides 2,4-D and glyphosate, the insecticides permethrin and carbaryl and the rodenticide warfarin.

“Fifty-one of the pesticides we tested in this study had never been analyzed in terms of their effects on respiratory outcomes,” Hoppin said. “And some of them, like glyphosate, 2,4-D and permethrin, aren’t just used on farms. They’re used residentially now to kill weeds or treat fleas on pets. We believe it’s important information that will help people make decisions about pesticides.” 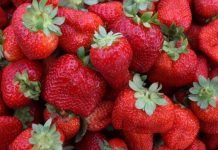 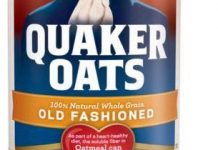