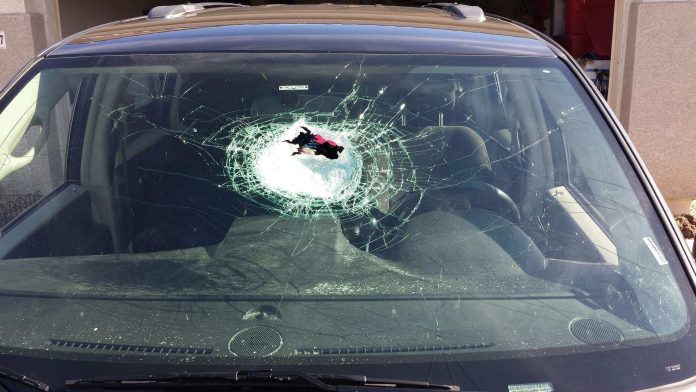 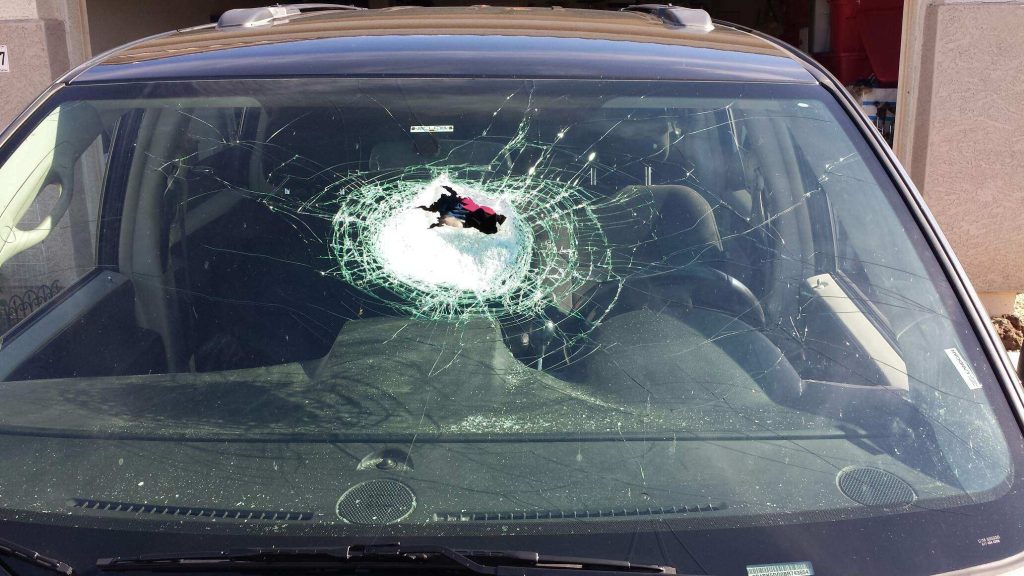 You hop in the car, jump on I-15, and suddenly something flies through the air and hits your windshield.

You’d better have pictures if you want recourse. Jacob Clark frequently commutes on I-15 and a recent experience left him wondering, “Do we all have to start driving around with dash cams now?”

Clark said a commercial truck was dropping rocks as he drove along next to it.

“As my car was getting peppered, the side window just shattered. (It) sounded like a shotgun going off in my ear.”

Clark said he noticed the truck’s load wasn’t covered. “It was my understanding that the loads had to be covered.”

He followed the truck for a while and wrote down the company information.

“The driver looked out the window and just shrugged his shoulders like, ‘Oh, well,'” he said.

As my car was getting peppered, the side window just shattered. (It) sounded like a shotgun going off in my ear.

The Utah Highway Patrol receives a few thousand complaints a year from drivers who report flying debris and objects on the freeway. UHP Sgt. Chad Hecker told the investigators that Utah law is straightforward.

“If something has a good chance of falling off your vehicle then it needs to be tied down,” he said.

But drivers get frustrated when they learn that law enforcement officers can cite those who lose their loads, but they have no authority to make them pay up. You’re on your own to recoup any damages.

“Replacing the window was going to be coming out of my pocket,” Clark said.

When he called the trucking company to ask for reimbursement, Clark said he was met with a disappointing response.

“Right off the bat he just said, ‘You can’t prove that the rock came from my truck,'” Clark recalled.

When investigators contacted the company, an employee explained that what happened to Clark was an impossibility, and that a lot of people call them and want to get a broken window fixed and blame it on one of their trucks.

Clark chose to pay for the $150 repair out-of-pocket, instead of filing an insurance claim. Ultimately, if he hopes to recoup any of his money, he’d have to prove his case in small claims court.

What are your thoughts on this? Share in the comments